Get in Touch!
Interests

I wanted to make this blog about my top 5 cities to visit. It wasn’t easy to pick just 5 let me tell you.  I love travelling and I have seen hundreds of cities around the world so to pick 5 was hard.  I will be doing another I think later in the year with a top 10! I hope you enjoy the read.

My Top 5 Cities to visit

Right at the top of my list just has to be Rome. Easy choice. I could quite easily live there. Just the coffee is good enough reason. But seriously, I will never stop visiting Rome I don’t think.  It’s one of those places that captures you and just won’t let go.  And I don’t want it to either.  I loved it so much that I decided to learn to speak Italian, that’s how much I love this City.

Walking around you see so much beauty in the buildings, the churches, the ancient ruins, the fountains, the markets, the list goes on and on.  Around every corner there are jaw dropping sights, just sitting there for you to discover.  Obviously I spent most of my time with my eye on the viewfinder.  Well, when in Rome it’s difficult not to 😁.

I’ve been here in the summer and in the winter. Well I say winter, it was just before Christmas and we were walking around in just our jeans and sweaters.  No need for winter coats, hats or scarfs.  Even sitting outside to eat pizza and drink Prosecco we we’re toasty warm with the heaters provided by the cafes.  Winter months is Rome are just lovely and there are far fewer queues if you’re wanting to visit places like the Sistine Chapel or St Peter’s in Vatican City.

When we were there one summer a few years ago we saw them filming The DaVinci Code with Tom Hanks, right outside the Pantheon.  It was exciting!

If you haven’t been yet and are thinking about it then my advice is to go!  You won’t regret it. 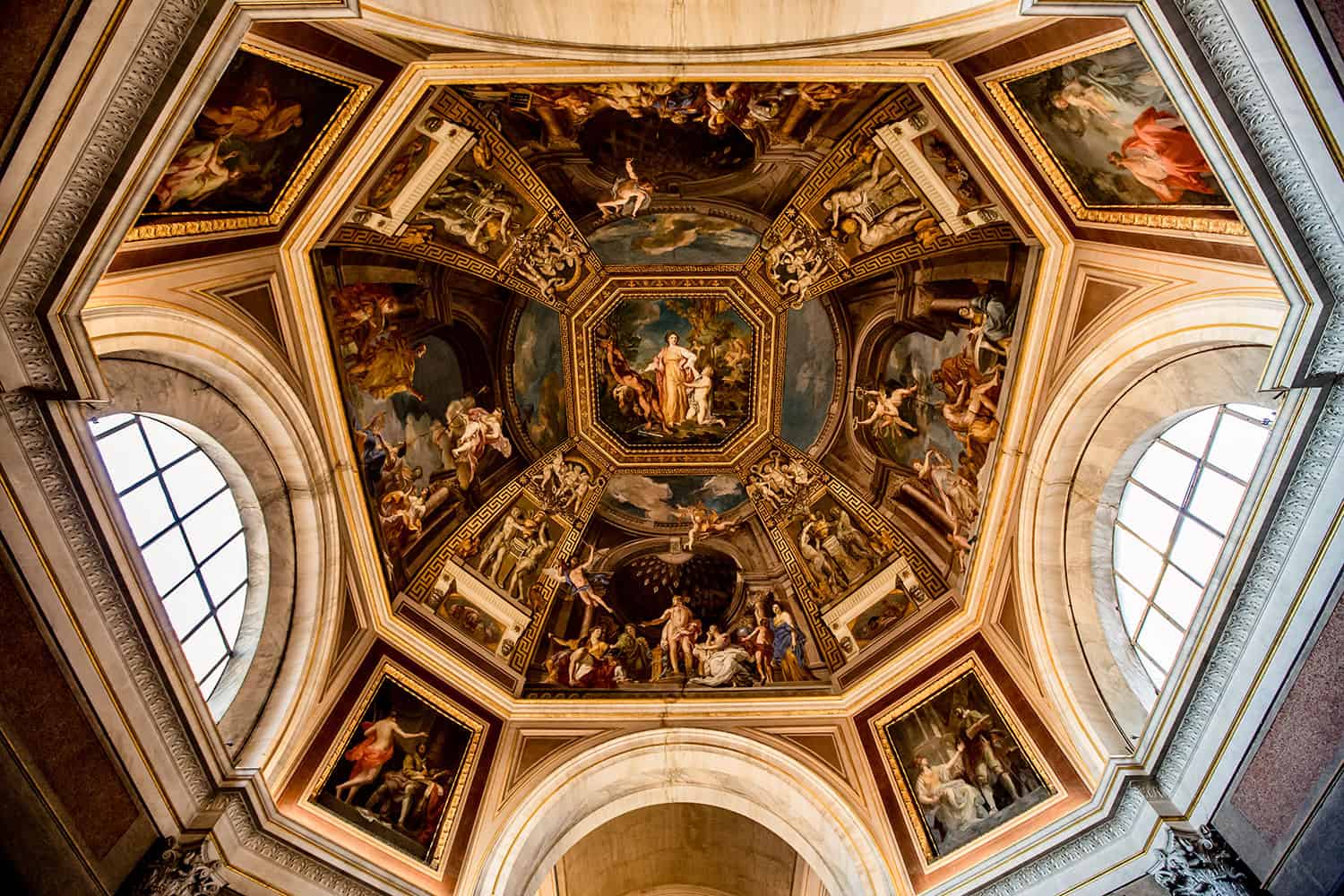 My next choice isn’t so much a City as a Borough.  I don’t think that’s cheating is it? 😂 Anyway, it’s Brooklyn!  Oh my goodness, what a place.  We stayed in a not too shabby Air BnB on Jay Street in Dumbo for two weeks and it was as fantastic as I was expecting it to be.  Dumbo (which apparently stands for Down Under the Manhattan Bridge Overpass) has cobblestone streets and converted Brooklyn warehouse buildings with lots of high-end restaurants and trendy cafes.   The north end of Brooklyn Bridge Park features historic Jane’s Carousel as well as unrivalled views of the Manhattan skyline, which I shot many, many times whilst there 😂.   We were there for the 4th July celebrations too, which only added that extra excitement to the trip.  We met a very nice Bar Tender called Bo and we’re still friends with him now, four years later.  That’s how friendly Brooklyners are.  He also does a very nice line in speciality chocolates (he’s a chocolatier) go check him out.

One thing I noticed was that I recognised SO MANY PLACES! Totally due to the amount of movies that are shot there. In fact, just around the corner from where we were staying at the time, they were filming the TV series Gotham.  We hung around and watched for a while and then we left Harry to it and went for a walk.  We came back to Harry chatting to the director and watching the screen takes on the monitors. Brilliant.  The best thing that happened though was about six months later I was flicking through the channels and purely by coincidence, actually saw the scene that they had been shooting that day!

We saw so many couples having engagement shoots and wedding day couples having their photos taken, I was soooo tempted to jump in and ask if they needed an assistant! Having the Manhattan Skyline in your wedding photos… how cool would THAT be! If you’re looking to elope to New York and need a Wedding Photographer, I know of a very good one who would LOVE to go with you!

Anyway, back to Brooklyn.  Of course there is the Brooklyn Bridge (we stayed just under it).  It’s as impressive as you would imagine it to be.  Of course I couldn’t resist taking the iconic shots of it.  Well, when in, uuum Brooklyn, and all that 😂.

There is also one of the best Pizza houses on the planet right down near the river called Juliana’s.  Grimaldi’s is supposed to be the best but we received word from the locals that actually Juliana’s was better.  To be honest, I bet they were both as good as each other.  Whoever is the best, we did have great Pizza! 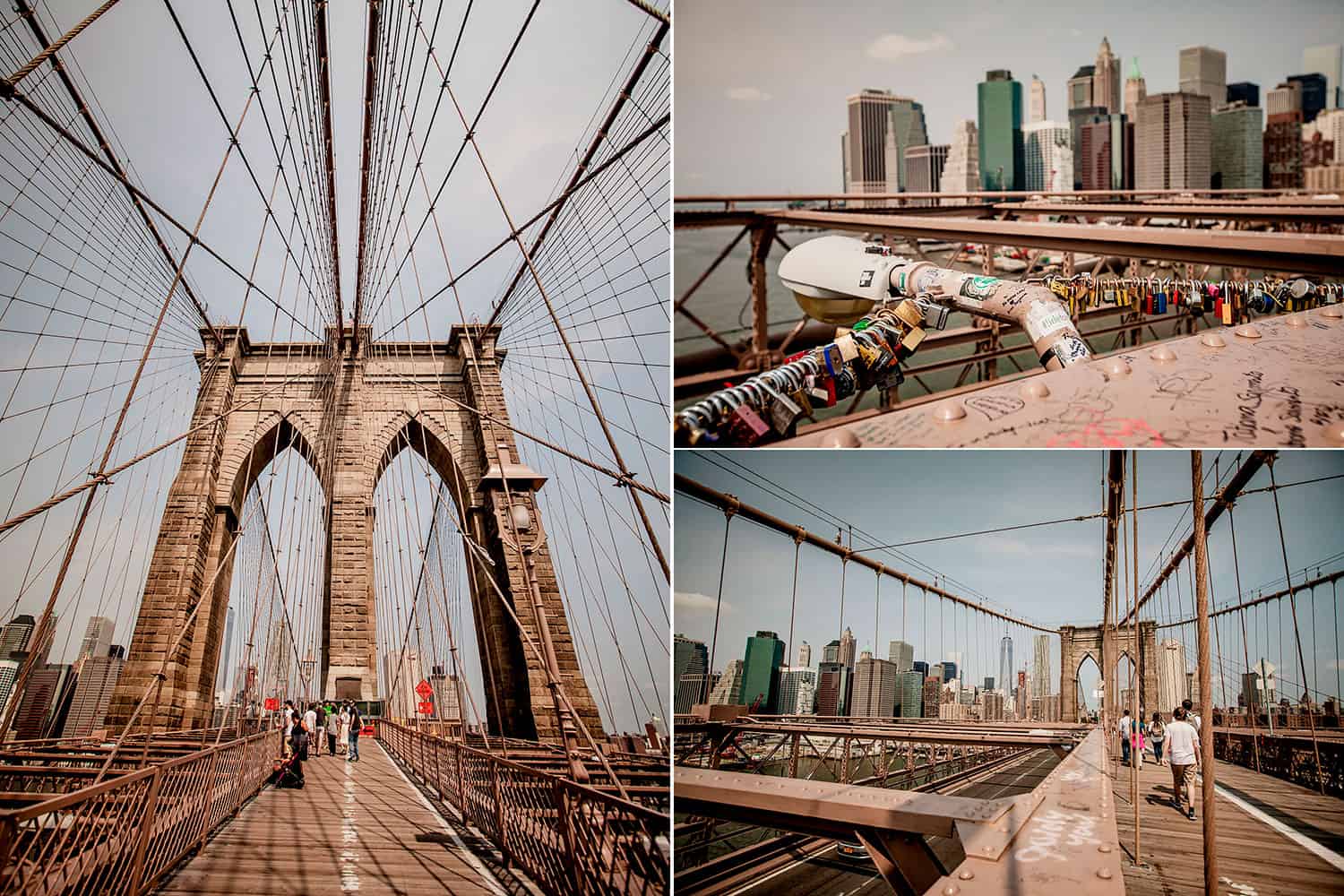 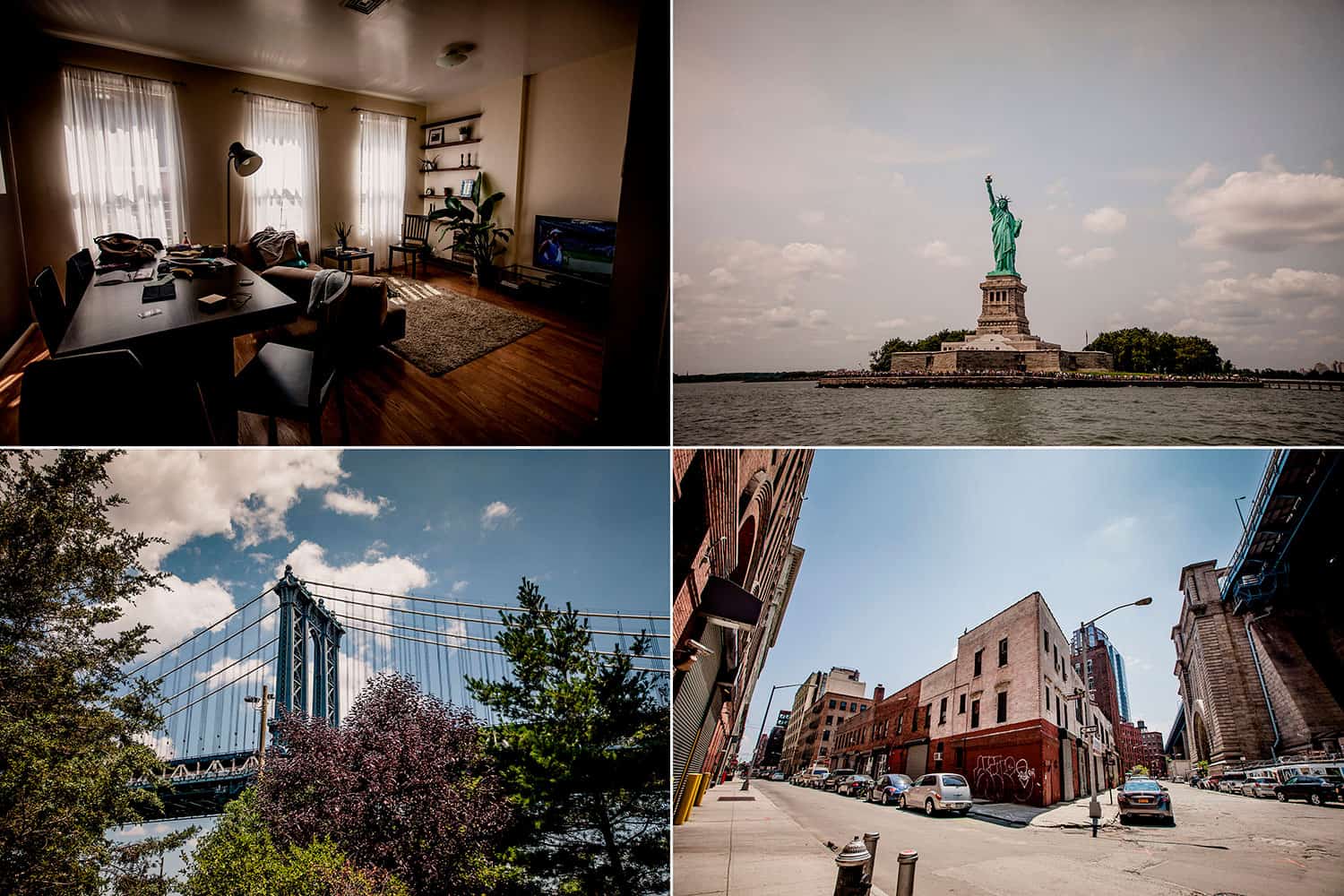 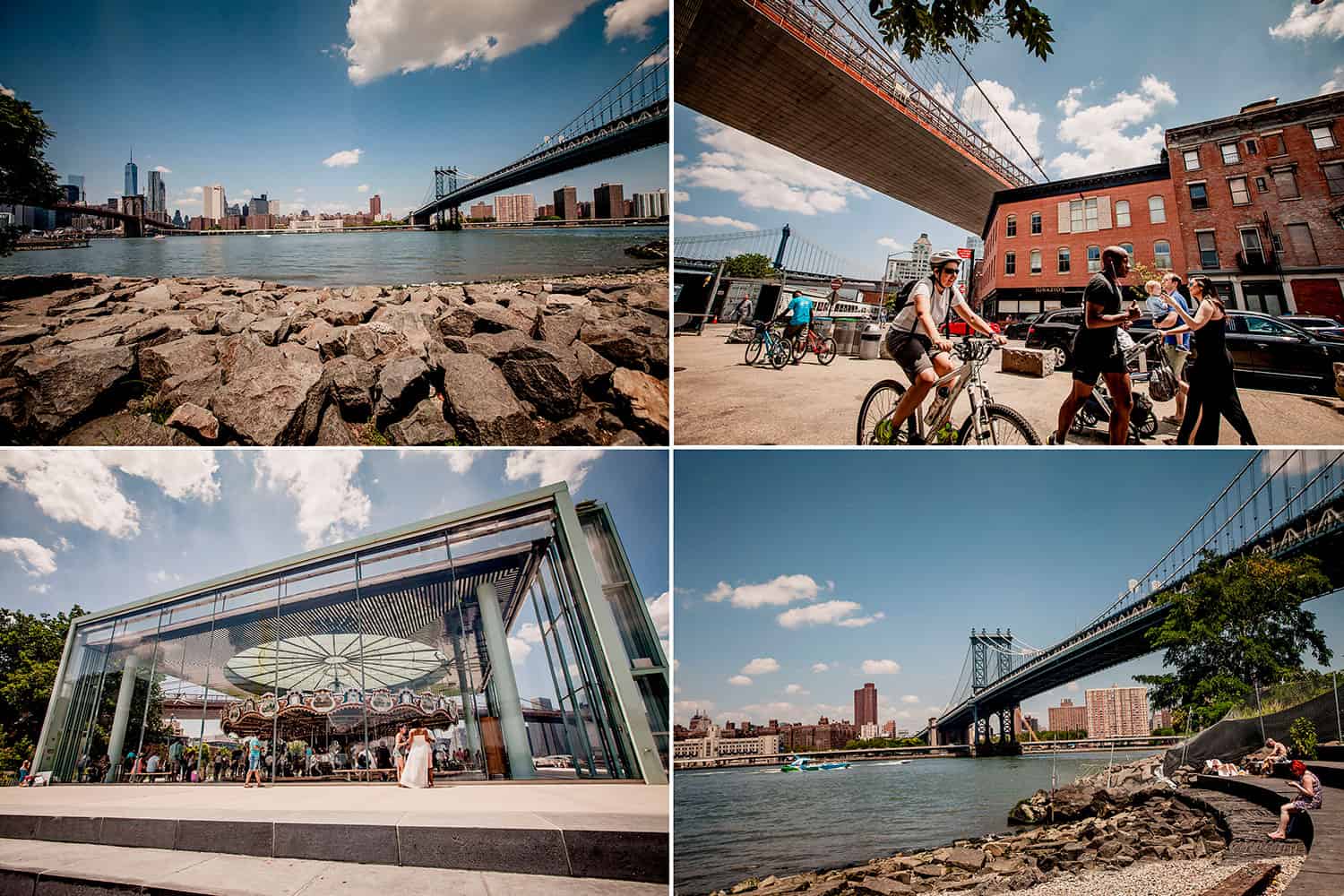 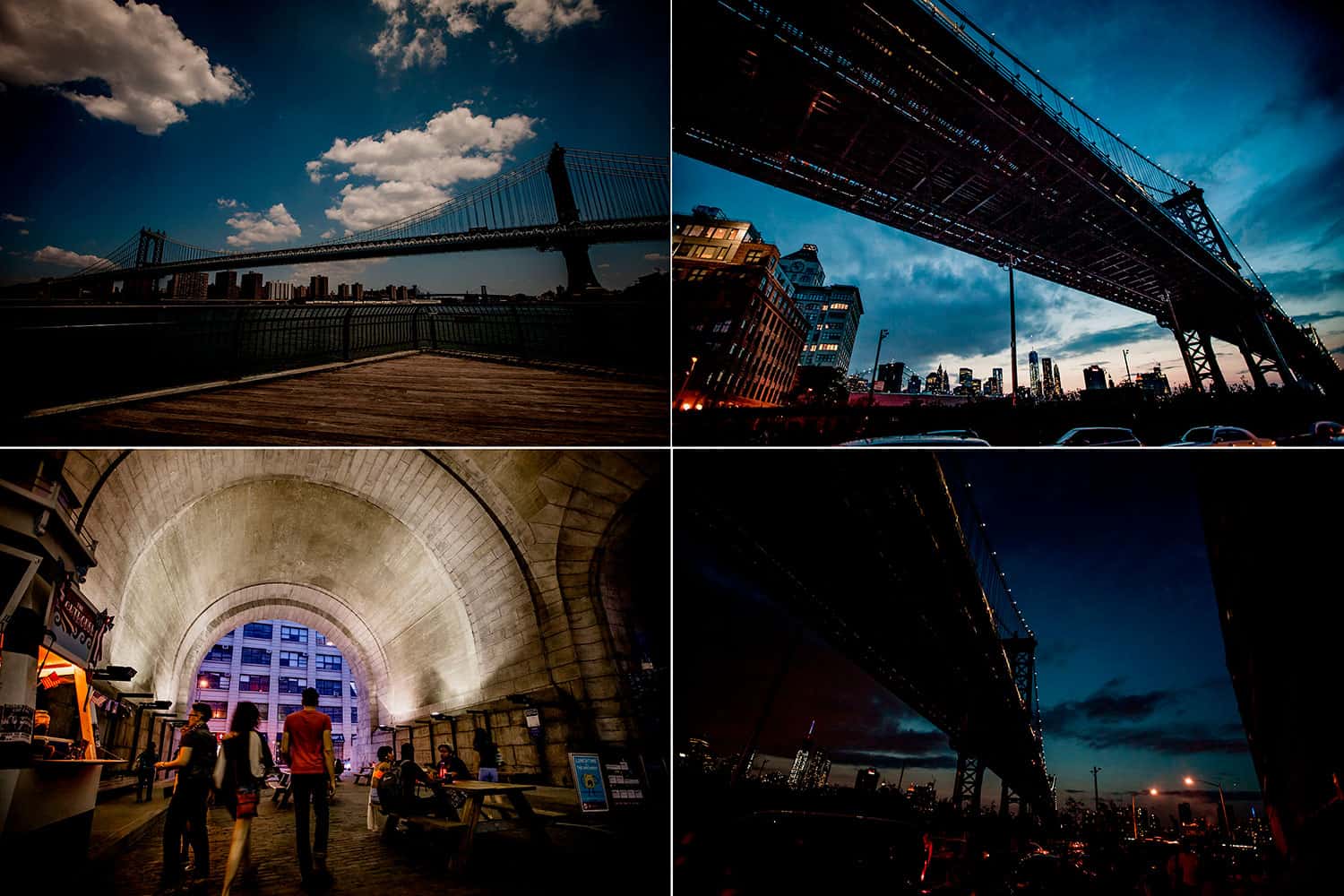 Of course, Manhattan and Brooklyn go hand in hand so Manhattan had to make the list!  What an amazing place this is.  My favourite part was a walk that we did in the Wall Street/financial district, which came out on to the Ground Zero area.

Of course I was a total tourist and we did all the touristy things; the ferry trip to Liberty Island to see the Statue of Liberty.  Ellis Island, to the top of The Empire State Building, Top of The Rock, Times Square, Central Park and every other thing that you associate with New York City!

I LOVED EVERY SINGLE SECOND OF IT!!

Yep, I truly fell in love with New York and I will definitely be returning. 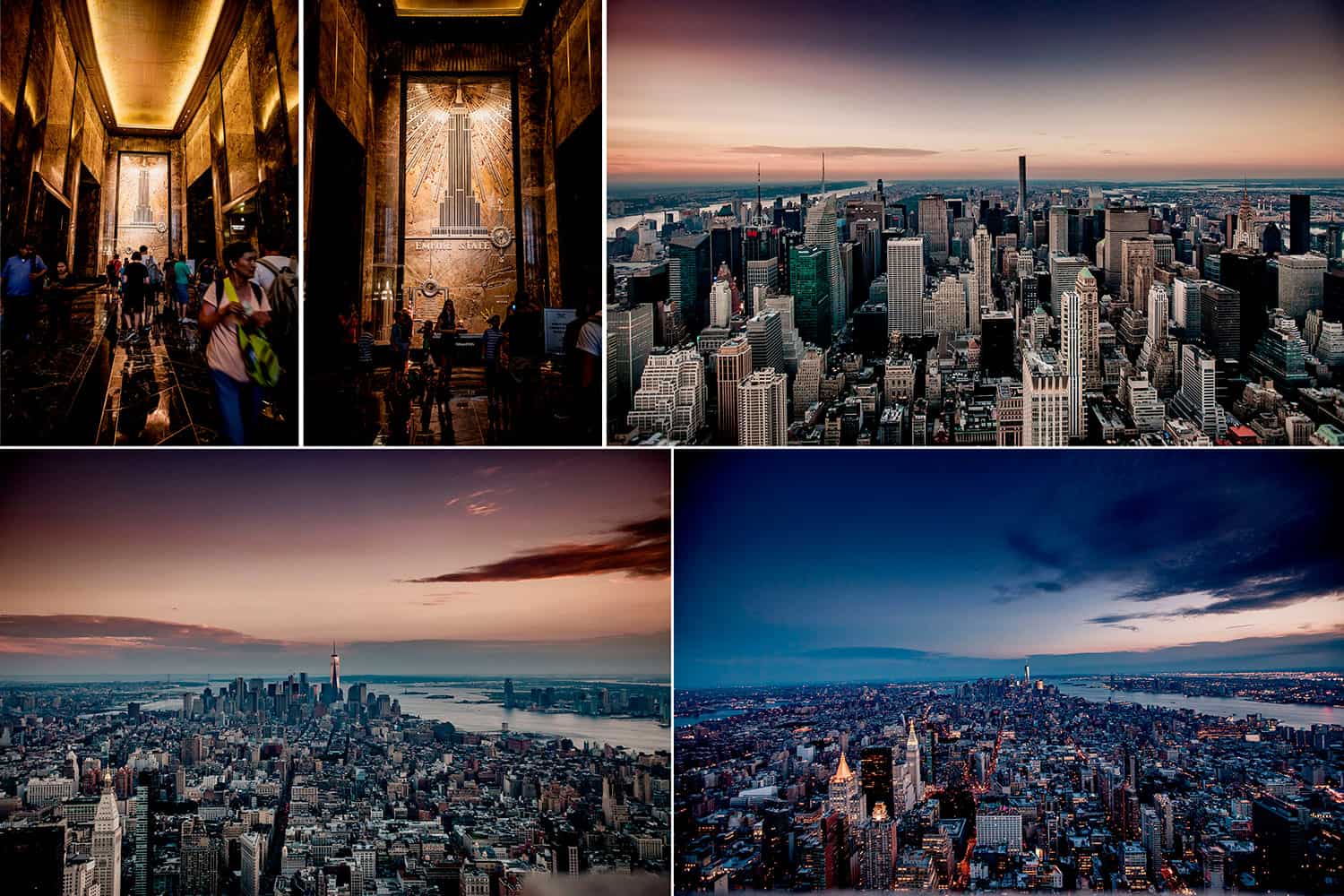 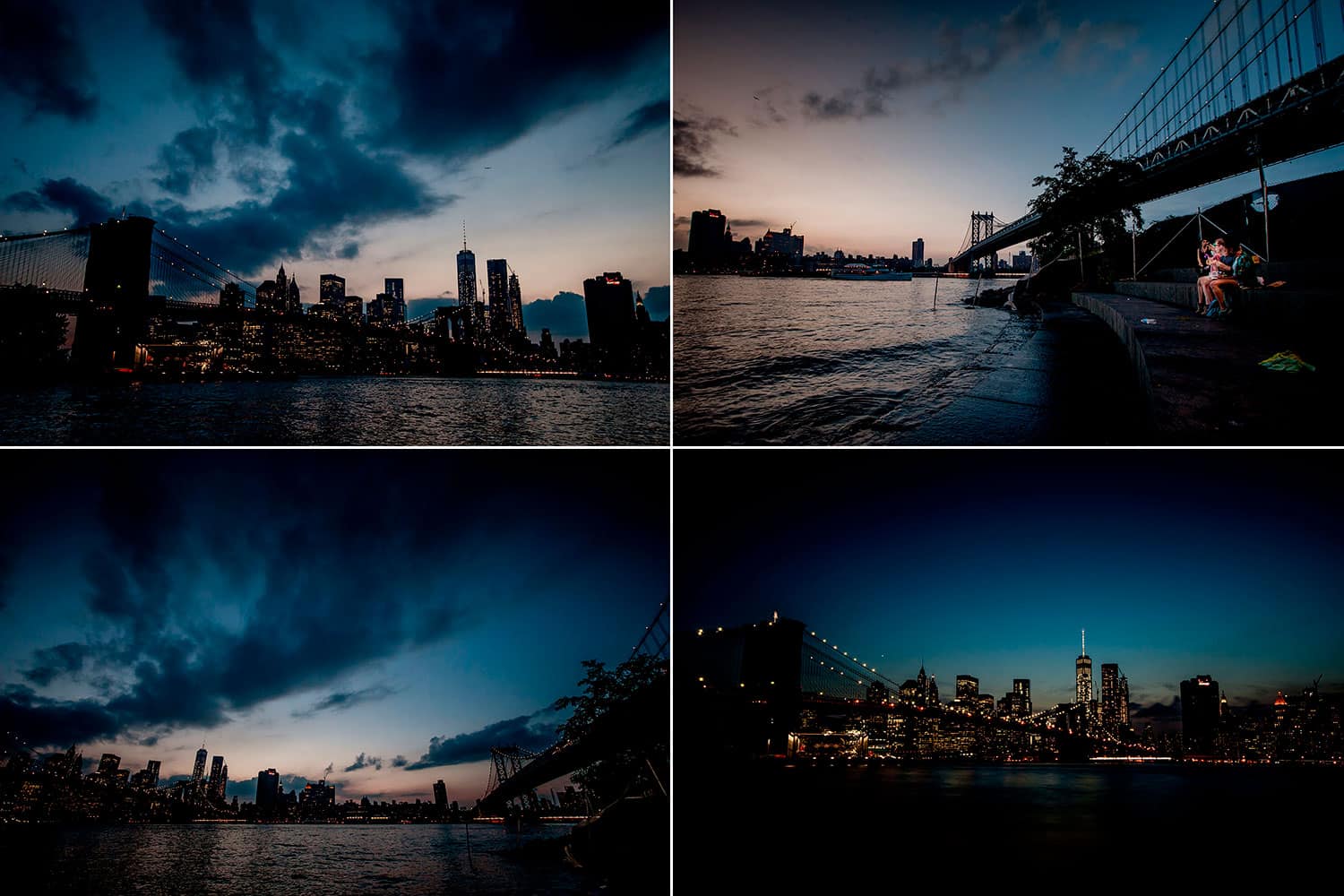 We went to Prague in about 2007 (I think).  I know I was still shooting on film so all of my images form Prague are prints, and mostly black and white Ilford 1600.  Ahh the days of film.  I will have to see if I can find them, I know the whereabouts… somewhere in the loft!  Anyway, we visited just before Christmas for a few days. We stayed in the Old Town, in a beautiful boutique hotel that had a lovely nativity scene in the enclosed court yard.  A light dusting of snow set the scene perfectly.  It snowed lightly as we walked through Wenceslas Square, soaking up the atmosphere, the mulled wine and street food filling our nostrils with their delicious smell.  We stood and admired the impressive  Christmas Tree.  I can’t remember how it looked so much as how I felt.  I remember the feeling so much more.  My son, Harry, was about 8 years old at the time he absolutely loved it, and I remember that feeling so well.

Walking across The Charles Bridge and seeing the locals selling their handmade jewellery and artwork.  I remember sitting outside a lovely cafe, sipping a hot chocolate in the Old Town Square, waiting for the astronomical clock to mark the turn of the hour.  People seemed to just appear from nowhere to watch the spectacle, then they dispersed just as quickly.  We did take the walk up to the top of the Old Town Hall Tower just both the clock and it was well worth doing I’d say.  If you find yourself in Prague, then it’s definitely worth the small cost to do so.

I can’t really pinpoint the best thing about it, as I say, I just felt that it was a fabulous place to be in.  It should certainly be on your bucket list! 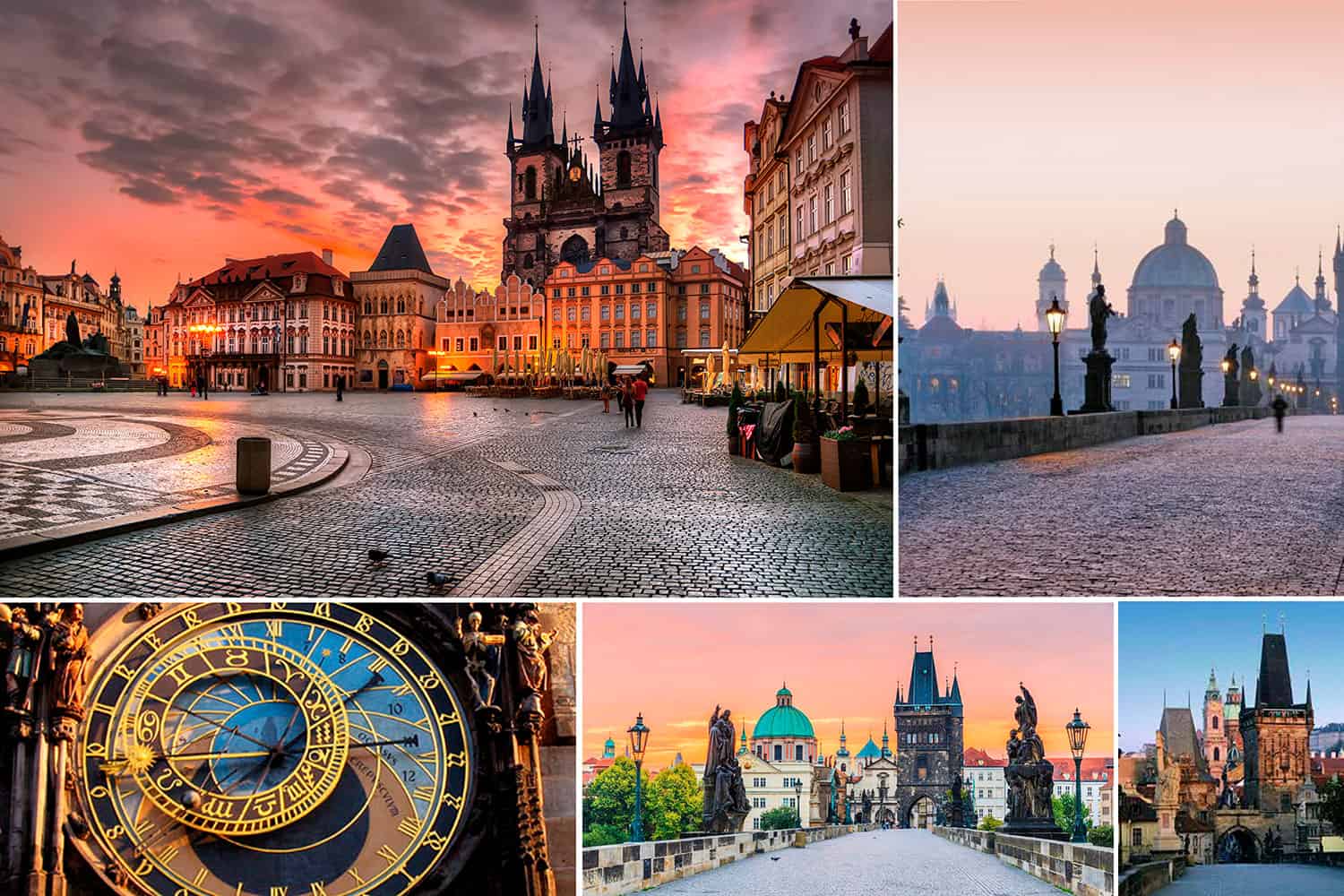 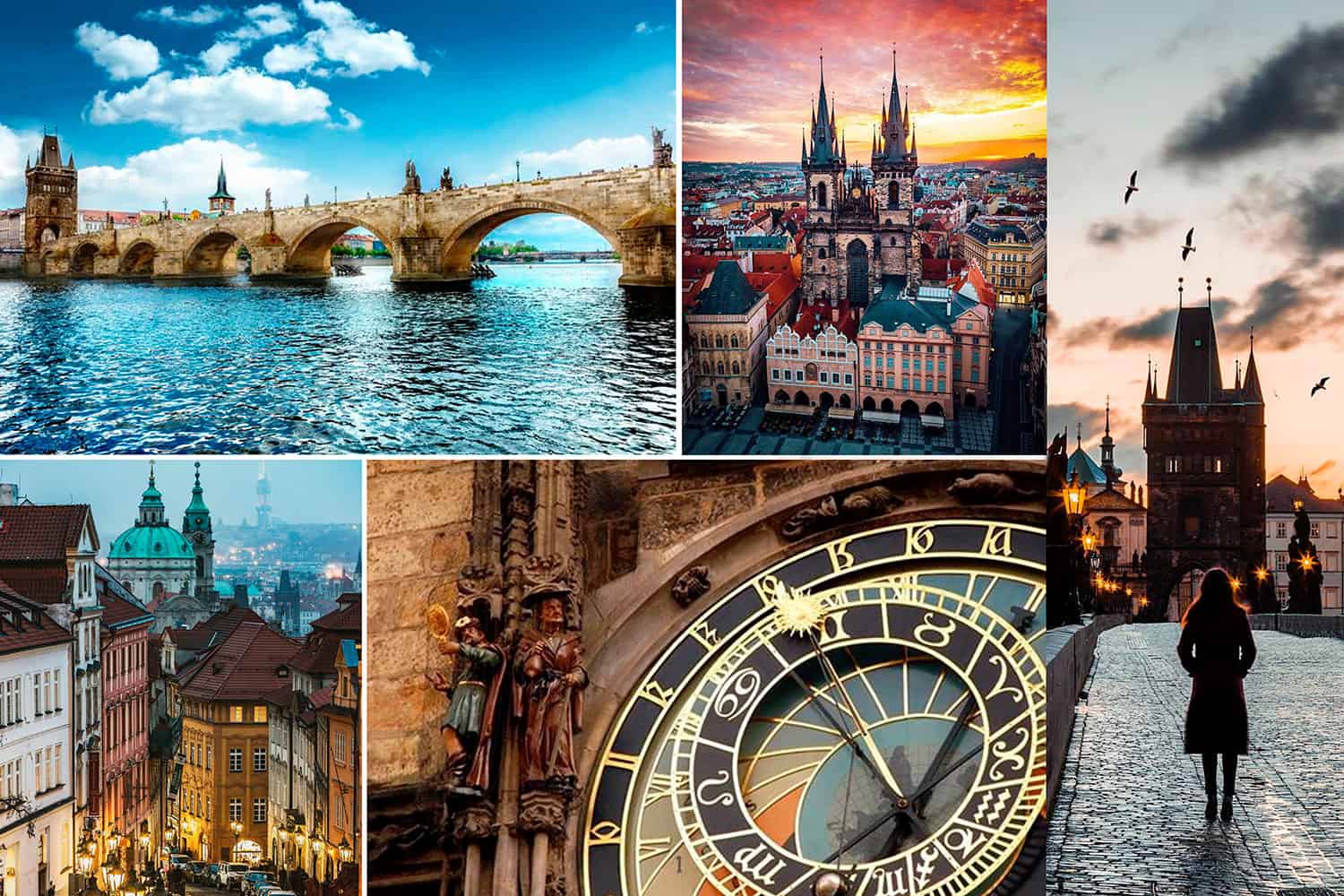 Well let’s be honest, no words necessary really.. The Principality of Monaco and of course it’s neighbourhood, Monte Carlo, was just a millionaires playground! And I loved it!! From playing roulette (and winning I might add) in The Monte Carlo Casino, officially named Casino de Monte-Carlo, to driving around the Grand Prix circuit, to admiring the massive Yachts moored up…. it was amazing.  I even said hello to Prince Albert as he casually walked out of the Palace, got into his car and drove off. Only the day before I had driven past the spot where his mother, Princess Grace of Monaco (Grace Kelly) had been tragically killed in a car accident, resulting from her suffering a stroke whilst driving home.

I have to mention how clean the place is.  I have never seen such a clean city.  In fact, there are signs that state you will be arrested if you even walk on the grass, let alone drop any litter.  I think we should enforce that rule here! 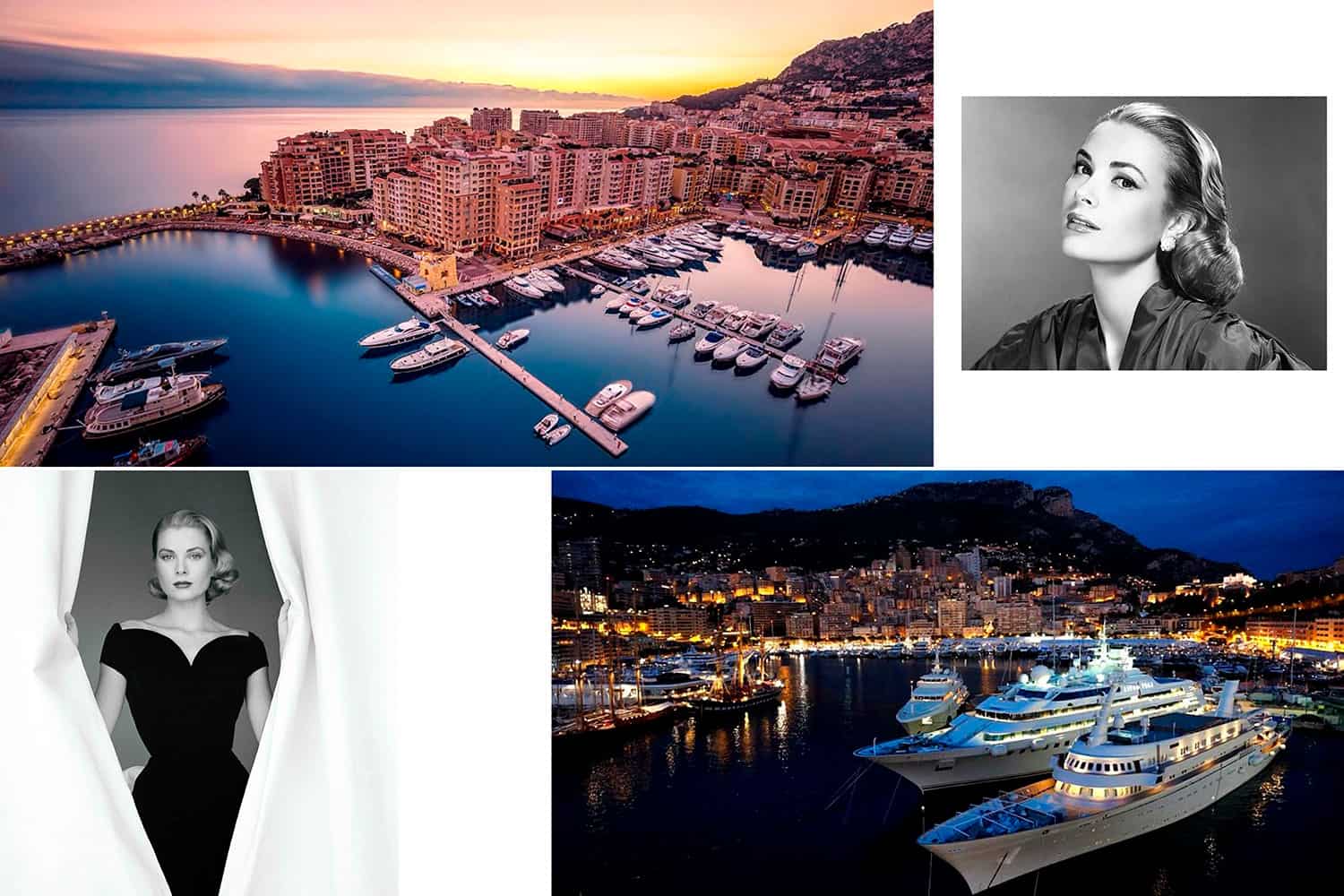 NB At time of writing I’m shortly headed to San Francisco, Los Angeles and Las Vegas so I imagine this list will be growing 😂😂😂 I may have to change it to My Top 10 !

If you’re getting married in any of these cities and you need a photographer, I’m here!!!! (Use the form here )